LOUIS LETERRIER TO DIRECT "THE AVENGERS"?

From Hulk and Greek gods to the whole team of super heroes? Seems natural, yes? In an interview for "AICN", while promoting his upcoming 3D epic "Clash of the Titans" director Louis Leterrier has revelead that he might helm "The Avengers": 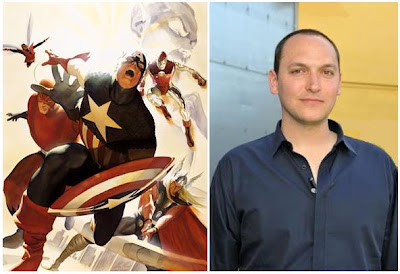 I am on the shortlist, but I'm at the bottom of the shortlist, I'm sure (Laughs). I don't know who the other guys are, but I have a great relationship with Marvel, and I've been very vocal to them and everyone else that I am the one to direct it. I loved my time at Marvel. I loved those guys. They're fantastic. Kevin is such a passionate boss, he gets his hands dirty. It's a universe I want to keep exploring. I was frustrated with The Incredible Hulk. It was like, "That's it? Only one superhero? Can I do more???" We'll see. Time will tell.
Set to be released in 2012 "The Avengers" should connect Iron Man, Thor, Hulk, and Captain America all in one movie. So what do you think? Is he the right man for the job?
Posted by DEZMOND at 7:06 PM