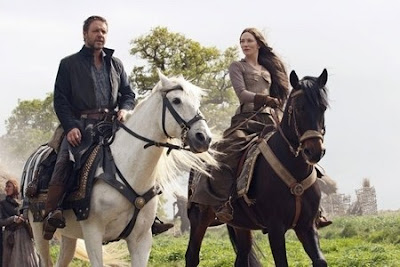 Here's the second, much longer, trailer for Ridley Scott's "Robin Hood", which reveals much more of the movie than the previous one. I still find this movie somehow poor, boring, colourless and visionless. I hope it's just the trailer, but none of the scenes have taken my breath away so far. But you can still check out the trailer at least to see the scene in which Cate Blanchett threatens to severe Russell Crow's manhood :)) The film is out May 14th.