Oh, I'm so happy that TV is finally offering us some great historical shows. Beside BBC's "Merlin", Showtime's "Borgias" and HBO's "Game of Thrones" Starz has also decided to add a new show beside their two historical projects "Spartacus: Blood and Sand" and "The Pillars of the Earth". 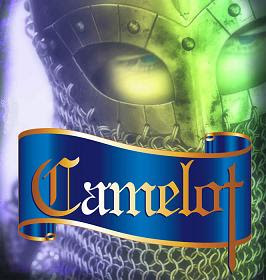 They have secured the rights on "Camelot" which HOLLYWOOD SPY has already written about as the original new approach to the timeless Arthurian legend, from the creative team which stands behind the landmark series "The Tudors". Starz plans to air 10 episodes of the series in the first half of 2011.
"Camelot" will be based on Thomas Malory's 15th century book "Le Morte d'Arthur", but it will weave authenticity into a modern telling of the Arthur legends that is relatable to contemporary audiences. The casting for this fascinating medieval project is underway with the cast expected to feature fresh talent combined with established faces who will enhance the high quality of the new series. Production will begin in June in Ireland.
Posted by DEZMOND at 9:17 PM