Although for quite a long time Fox wasn't willing to do the sequel to "Independence Day" because the price of at least $20 million which they would have to pay for Will Smith, was too high for the studio, 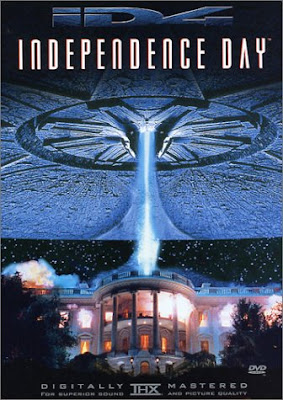 it seems they are now finally moving on with the preproduction. According to IESB.net Will Smith has been locked for not only "Independence Day 2", but also for a third installment. The plan is to shoot both films back-to-back. The shooting could start sometime in 2011.
Directed by Roland Emmerich the first movie earned almost one billion dollars around the world, and was one of the first ginormous blockbusters of the modern age. I just wonder what will the aliens destroy this time, since everybody's favourite target, The White House, was blown into pieces in the legendary scene which made audience clap like mad in cinemas all around the world.
Posted by DEZMOND at 9:42 PM