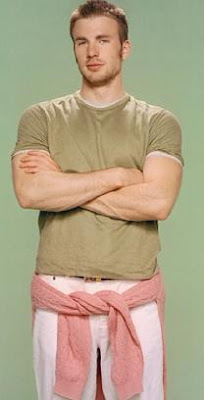 Although everyone around the Net spoke yesterday about John Krasinski securing the lead role for himself, now, according to "Deadline New York" it seems that Krasinski isn't even in the running for the role and that actors Garrett Hedlund and Mike Vogel have the best chances. All other actors are now apparently out of the running for the role, but the biggest shock is that a new name has appeared right from the shadows - Chris Evans is also on the studio's list now!
I reckon after all those guys, we all stand a good chance for taking the main role, so let's all head straight to Hollywood and take the role which is rightfully ours :)
Posted by DEZMOND at 9:18 PM