SAM WORTHINGTON IS "DAN DARE PILOT OF THE FUTURE"

Oh, that Sam Worthington is really having the time of his life. According to "Pajiba" he has recently signed on to star in sf adventure "Dan Dare: Pilot of the Future". The rights on this British sci-fi comic were bought by Virgin Comics a few years ago. 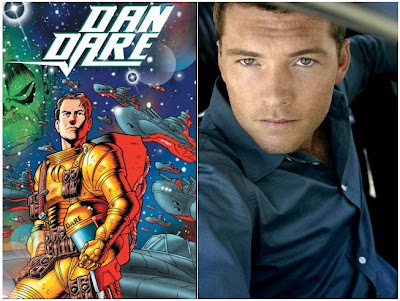 The character of Dan Dare has been in comic strips since 1950. Created by Frank Hampson the comic follows the adventures of the chief pilot of the Interplanetary Space Fleet.Virgin Comics originally wanted to bring the character back in comics and then move into films with him. When this didn't happen, Warner Bros. got involved and signed up Worthington. They are now quickly searching for a director.
Posted by DEZMOND at 9:42 PM