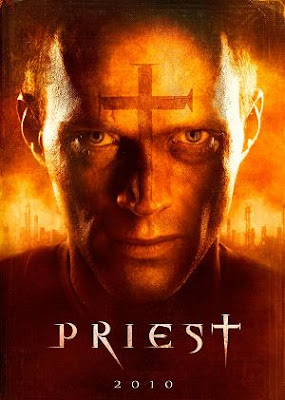 If you click the video bellow you will see the first look of the main characters and some action from this movie set in a world ravaged by centuries of war between man and vampire which follows a warrior priest who turns against the church to track down a murderous band of vampires who have kidnapped his niece. Beside our beloved Paul Bettany "Priest" also stars Karl Urban, Cam Gigandet, Maggie Q, Stephen Moyer and Christopher Plummer and will premiere next January.