Are you up for some Asian invasion? My dear friend Jaccsy over at "Buzzes Cafe" 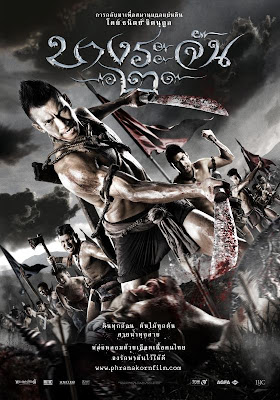 has just published a story about "Bang Rajan 2", a sequel to Thailand 2000 box-office hit, a historical epic film depicting the battles of the Siamese village of Bang Rajan against Burmese invaders in 1767. The most interesting part is that the main role in the sequel was given to popular tennis star Paradorn Srichapan. The story of "Bang Rajan 2" is based on a legend of a tiny farming village that fought the Burmese invaders, despite overwhelming odds. 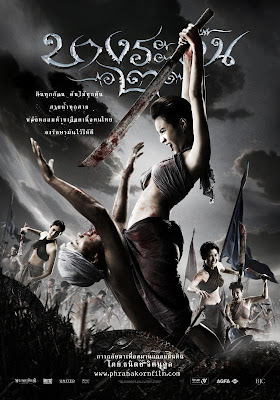 They beat their plowshares into swords, melted their rakes and shovels into new implements of destruction. Lacking horses, the town drunk mounted his water buffalo and rode into battle, swinging axes. Even the women got in on the two-fisted sword action, lopping off heads. In their brave sacrifice, the plucky fighters kept the enemies engaged long enough for the capital at Ayutthaya to put up a proper defense and save itself. Check out the trailer, but I must warn you that it is extremely bloody :(