SF TRILOGY "THE FOURTH REALM" TO BE ADAPTED INTO A MOVIE

"Hollywood Reporter" informs us that Fox has bought the rights to John Twelve Hawks' the "Fourth Realm" sci-fi trilogy, and "Watchmen" co-writer Alex Tse will adapt it. 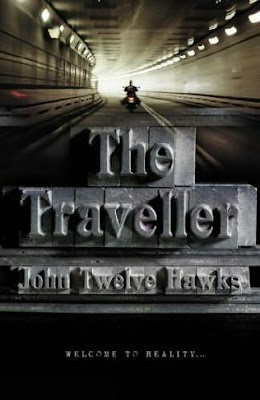 The first book, titled "The Traveler" was set in a U.S. society run by a secret organization seeking to control the population via constant observation. Seeking to rebel against these constraints are an almost extinct group of people called Travelers, who can project their spirit into other dimensions, and their protectors, called Harlequins. The main character was a reluctant Harlequin named Maya who had to protect two naive Traveler brothers.
The books were best-sellers but the author himself is especially interesting. Hawks is extremely reclusive according to his publisher "Random House", and neither his editor nor agent has ever met him. Hawks, seemingly intent on imitating some of his characters' lifestyles, communicates only via a voice scrambler and untraceable satellite phone, and during the book tour he uses stand-ins.
Posted by DEZMOND at 9:42 PM