MAGGIE Q IS THE NEW NIKITA

"The Hollywood Reporter" has just revealed that mysterious Maggie Q is going to play the title character in the CW's upcoming "Nikita" reboot. 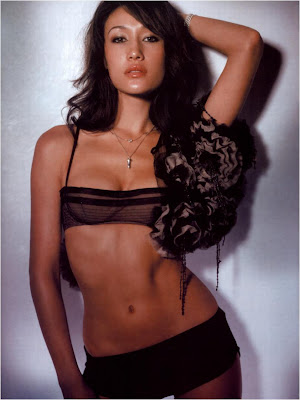 She will be the first non-Caucasian actress to play the iconic character, after Anne Parillaud, Bridget Fonda and the most popular Peta Wilson. This also marks the highest-profile series role for an Asian actress on a broadcast drama series and the highest-profile CW minority casting in the network's four-year history.
In the new show Nikita will be trained to replace the original one after she goes rogue.
As you remember, Maggie is also a PETA spokesperson and is active in that field as a vegetarian. So far we've seen her in "Mission Impossible III", "New York I Love You", "Around the World in 80 Days" ... She has a Polish-Irish American father and a Vietnamese mother.
Posted by DEZMOND at 9:18 PM