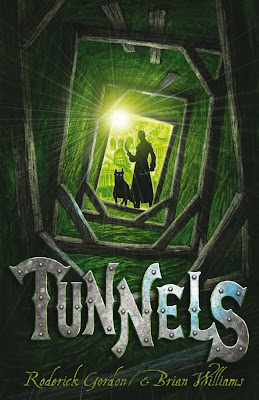 "children's series by Roderick Gordon and Brian Williams.
Achieving sales of more than a million copies and published in more than forty countries worldwide, "Tunnels" tells the story of Will, a 14-year-old boy driven by a fascination of the buried past, who is drawn into a subterranean world after his archaeologist father abruptly goes missing. This hidden civilization, beautiful and unforgiving, is dominated by a sinister, vicious race called the Styx, who have presided over generations of enslaved colonists.
The producers say the movie will represent the next level in family entertainment, combining a science-based reality reminiscent of the classic fiction of Verne and Wells, but in a completely contemporary setting.
Posted by DEZMOND at 9:35 PM