ISLA FISHER WILL "KISS AND TELL" 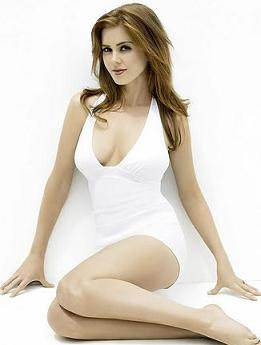 Charming Isla Fisher (married to the immeasurably less charming Sacha Baron Cohen, don't ask me why) whom we haven't seen since "Confessions of a Shopaholic", has agreed to star in the interesting romantic comedy "Kiss and Tell" for Universal Pictures which will be produced by Sheldon Turner ("Up in the Air").
According to Variety, a rather promising story follows a woman who discovers she has the power to see exactly how a long-term relationship will unfold with a man after kissing him.
Posted by DEZMOND at 9:53 PM