"I, FRANKENSTEIN" TO START FILMING THIS SUMMER 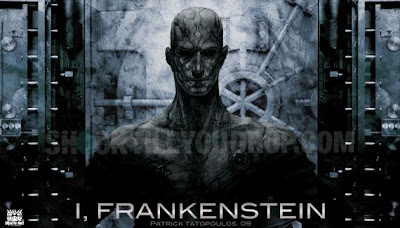 The team that worked on the "Underworld" franchise, has found a new project to focus on. Starting this summer, they will launch the production of "I, Frankenstein" highly visual contemporary fantasy thriller in which the original monster of Victor Frankenstein stands between the human race and an uprising of supernatural creatures determined to overthrow the world. The screenplay of "I, Frankenstein" will be based on the upcoming Darkstorm Studios graphic novel of the same name, and the movie is planned as the launch pad for various multi-media platforms.
Posted by DEZMOND at 9:09 PM