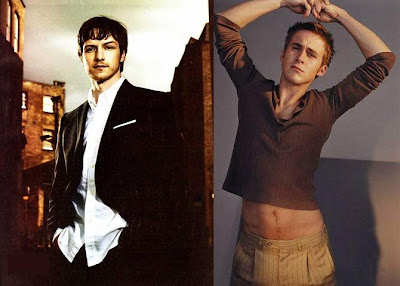 Ultra talented British star James McAvoy will portray a man who learns he has cancer and successfully battles the disease over several years in a comedy which was previously tittled "I'm With Cancer". His character is based on the real experiences of screenwriter Will Reiser, who won his own fight with cancer in his mid-20s. He will be joined by Bryce Dallas Howard and Seth Rogen. 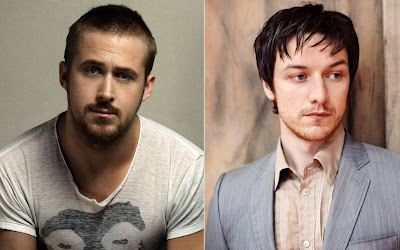 Another talented guy, Ryan Gosling will take the lead in "Drive", a movie about a man who is a stuntman by day, and a getaway driver by night. "Bronson's" director Nicolas Winding Refn will helm this project which was previously connected with Hugh Jackman.
Posted by DEZMOND at 9:10 PM