EIGHT HANDSOME BOYS IN THE RUN FOR CAPTAIN AMERICA 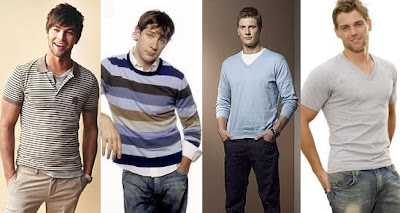 As you know the casting for the "First Avenger: Captain America" helmed by director Joe Johnston should start very soon. In the last few months we were all buzzing about possible candidates for the main role and it appears that Johnston will begin testing candidates from the list of front-runners which includes a whole bunch of handsome young actors: Chace Crawford, John Krasinski, Ryan McPartlin, Mike Vogel (all in the pic above), Jensen Ackles, Patrick Fleuger, Michael Cassidy and Scott Porter (in the pic bellow). 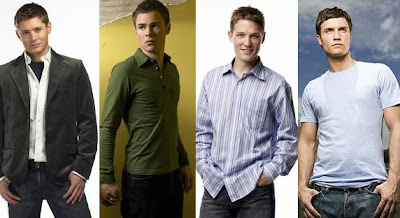 According to most movie websites whoever does sign on for the role will be required to sign options for nine other films, which could include sequels, "The Avengers" film and other future projects down the line. The film is currently set for a July 22, 2011 release so they still have some time to finish their business. So, who would be your favourite? You already know who's mine :))
Posted by DEZMOND at 10:02 PM