RICHARD MATHESON'S "EARTHBOUND" TO BE ADAPTED FOR THE BIG SCREEN

Richard Matheson, the famous author of popular fantasy books like "I Am Legend", "The Shrinking Man", "What Dreams May Come", will have another of his novels adapted for the big screen. His 1982 novel "Earthbound" has been 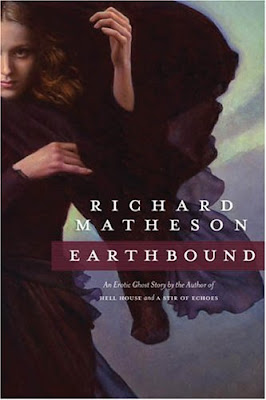 optioned by Walter Parkes and Laurie MacDonald, who have a first-look deal at Spielberg's DreamWorks. "Earthbound" is an "erotic ghost story" about a married man who starts an affair with a young stranger, only to realize that she may actually be the ghost of a long-dead woman driven by something more than earthly passion. Hence the tittle "Earthbound" - a ghost who rejects the afterlife, appears real to all senses, believes she is alive and, through psychic attack, sucks life from the living.
Richard Matheson's novels and short stories have been adapted into some of the most memorable science fiction and fantasy films so I guess we can expect a suspenseful and interesting movie.
Posted by DEZMOND at 10:24 PM