MONSTERMANIA: TWO UPCOMING MOVIES ON DRACULA AND TWO ON FRANKENSTEIN

It seems these are good times for monsters and bloodthirsty creatures. After "I, Frankenstein" and "Dracula, Year Zero", "Vlad" is also officially in production along with a new project on Frankenstein. And the Wolfman is currently creating mess in cinemas. 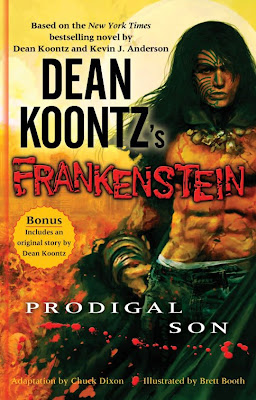 Scott Alan Kosar who wrote the script for "The Machinist" (for me, the only thing bad in that movie was exactly the script) has been hired to adjust the screenplay for Summit Entertainment's Dracula movie "Vlad". As you remember HOLLYWOOD SPY has mentioned before that actor Charlie Hunnam wrote the original script, which brings action into the story about Dracula, or Vlad the Impaler, a young prince or the man behind the Dracula myth. Music video director Anthony Mandler will direct the project which will be produced by Brad Pitt.

At the same time, Dean Koontz's "Frankenstein" book series have been picked up for adaptation. This movie places the doctor, a socially prominent and successful businessman, and his super-human original creation Deucalion in modern-day New Orleans. The story centers on a pair of street-smart detectives who encounter Deucalion while investigating a murder, leading them to a bizarre array of "engineered" humans.
Posted by DEZMOND at 9:14 PM