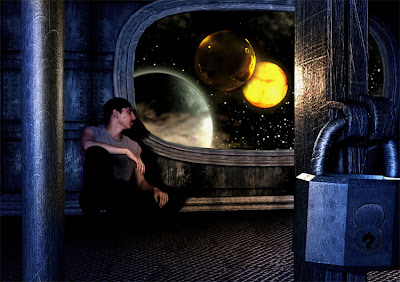 According to "Variety" Luc Besson's EuroCorp film company is moving forward with a new sci-fi film entitled "Section 8". Directed by Stephen St. Leger and James Mather the film takes place in a prison that orbits 50 miles above the earth and is home to 500 of the most dangerous criminals on the planet. The prisoners are put to sleep with new technology until they all suddenly wake up. Budgeted at $30 million "Section 8" will start principal photography in the first half of 2010.
Posted by DEZMOND at 11:53 PM