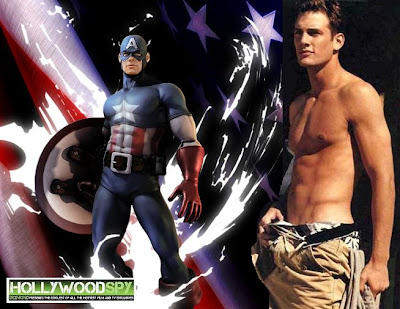 Now this could be one the best superhero related news I've ever heard. According to fresh rumors, one of my favourite TV actors Ryan McPartlin ("Chuck", "Living with Fran")might be our new Captain America. He has confirmed yesterday that he recently auditioned for the role of Steve Rogers in "The First Avenger: Captain America":
The one thing I can't stand are these actors that are twittering about auditioning for Captain America. It's really tacky. With that said, it is in the casting process and like many other actors, I read for it, so we'll wait and see what happens. Regardless, I'm pretty psyched to be Captain Awesome (on "Chuck") for the time being. 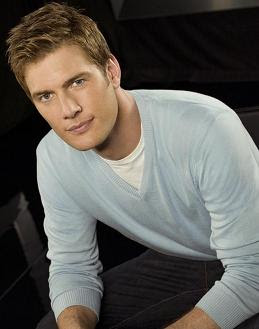 Back in January he was also asked about possibly playing Captain America since a huge number of fans would like to see him in the role, and here's what he said back then:
Yeah, you know, there’s some Internet buzz out there that I’d be a good Captain America, and I’m not going to try and tell them I wouldn’t want to play that role. I’d love for them to get somebody like me, a little more obscure that the audience and our geeks would love to push for.
I must admit if this proves true, and our charming Ryan really gets the part of his life, I think it could possibly be the first super hero movie in which I'd be absolutely happy with the choice for the leading role.
Posted by DEZMOND at 6:09 PM