Fox Broadcasting is currently negotiating with Steven Spielberg and Peter Chernin to come aboard the ginormous project called "Terra Nova", which will follow a family from 100 years in the future who travel back in time 150 million years to the strange and inhospitable environs of prehistoric Earth. 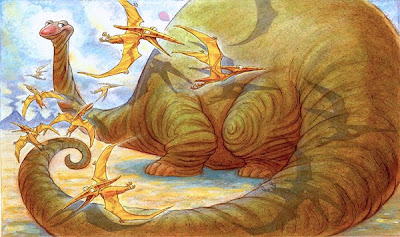 "Variety" reports that this TV project would involve such elaborate sets and visual effects that there has been talk of greenlighting it directly to series production rather than a pilot because it would be too expensive to shut down and start up again during the downtime between pilot and episodic production.
Posted by DEZMOND at 9:16 PM