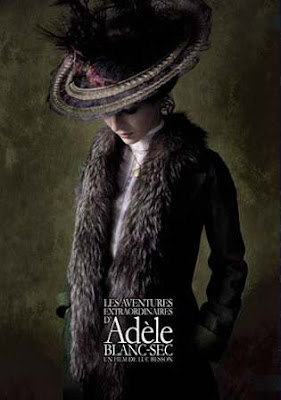 has a new film coming to European cinemas this April called "Les Aventures Extra ordinaires d'Adèle Blanc-Sec" or just "Adèle Blanc-Sec". This action packed adventure follows an intrepid young reporter named Adèle Blanc-Sec who happens to be some kind of female Indiana Jones-like French heroine of the early 20th century who will go to any lengths to achieve her aims, including sailing to Egypt to tackle mummies of all shapes and sizes or fighting a pterodactyl as you can check out in the exclusive trailer bellow. The movie stars Louise Bourgoin, Mathieu Amalric, Gilles Lellouche, Jean Paul Rouve...