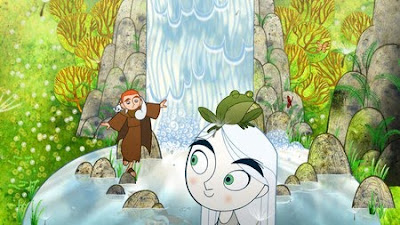 The Irish film “The Secret of Kells” is getting a lot of praise these days for its unique, hand-drawn style and visually dazzling design. The movie won an unexpected Oscar nomination for Best Animated Feature, despite a tiny budget, little press attention and the fact that it hasn't been released in UK while its US premiere is scheduled for March 5. 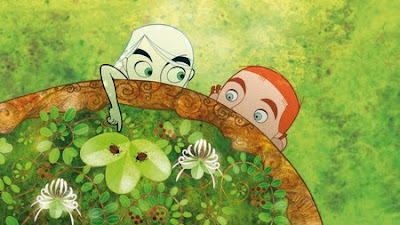 In the age of 3D mania and big-budget CGI movies charming "The Secret of Kells" follows Brendan (Evan McGuire), a boy living in the Irish monastery of Kells with his uncle the Abbot (Brendan Gleeson). While Vikings threaten to attack, Brendan ventures out in search of ingredients needed to make inks and finish the illuminated Bible which became the monastery's greatest treasure and meets a strange girl in the forest. Check out the trailer bellow.