BEYONCE AND RUSSELL CROWE IN THE REMAKE OF "A STAR IS BORN"?

Hollywood Spy has already mentioned how Warner Bros. was planning a remake of the 1976 film "A Star Is Born". The main star of the talks was Beyonce who was and still very is interested to take the main role, but she will need a gentleman in the movie. According to "The Los Angeles Times" Russell Crowe has become the studio's top candidate to star in the remake. Although I really don't like Russell, I must admit I hate other two choices much more than him: apparently Sean Penn and Robert Downey Jr. were also considered for the role. 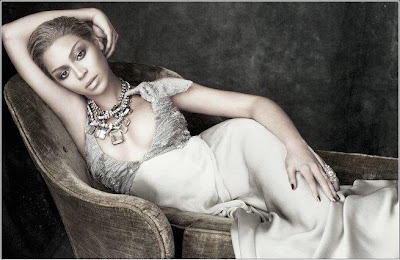 The story, which might be directed by Nick Cassavettes, centers on a former music legend-turned-alcoholic, who begins to mentor a young female singer, who he then starts falling for. As you remember the stars of the 70's movie were Barbra Streisand and Kris Kristofferson.
Posted by DEZMOND at 10:03 PM