LOGAN LERMAN IS THE NEW SPIDERMAN???

After a series of young actors whose names have been appearing in the gossips about the new man who will get under the Spiderman's suit, it seems that Sony's upcoming superhero reboot has finally got its leading man or boy. Speaking recently to "Access Hollywood" about the upcoming fantasy hit "Percy Jackson & The Olympians: Lightning Thief" young Logan Lerman has revealed that he was in talks to play the new Spider-Man: 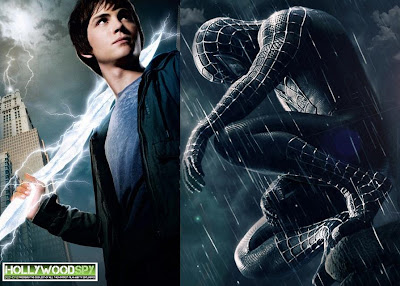 There have been a few discussions, it's definitely something I'm looking into.It's one of my favorite characters ever and I'm a huge fan of the series. I'd love to have more conversations about it. I'm definitely very interested in it.
The 18-year-old actor also said that he's been a hardcore fan of the web-slinger for years and that he is still in just early talks with the studio.
Posted by DEZMOND at 9:22 PM