ROLAND EMERICH'S "FOUNDATION" ADAPTATION TO BE SHOT IN 3D 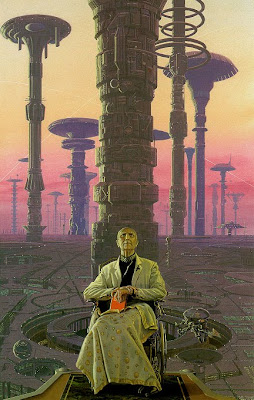 "The “Avatar” technology applies to “Foundation”. It has to be done all CG because I would not know how to shoot this thing in real. Probably now all big movies have to be 3-D. It's not only the effect of 3-D, “Avatar” has just shown that if you do a movie in 3-D, you can ask for more money and that's the trick. I was on the set of “Avatar” and I saw how it worked and I really thought, 'That's the ultimate way of making movies.
"Foundation" is based on Isaac Asimov's "Foundation Trilogy," which centers on a society that has figured out how to predict the future based on a method called psychohistory and sets up a foundation devoted to scientific research to protect itself and ensure its survival.
Posted by DEZMOND at 6:01 PM