The new project of my favourite director, the visual genius, Tarsem Singh, epic adventure "War of the Gods" or "Dawn of the War" is about to start shooting this April and the charming leading man Henry Cavill has just got himself the stunning leading lady: gorgeous Freida Pinto has just got signed. 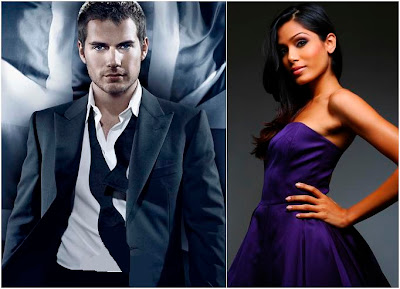 As HOLLYWOOD SPY has mentioned many times now, the story of the film will follow a young warrior Theseus who leads his men into battle with the immortal Greek gods to defeat evil and the powerful elder gods of the Titans in order to save mankind. The "Slumdog Millionaire" star will portray Phaedra, an oracle priestess who must join Theseus, played by Henry Cavill from "The Tudors", on his quest to prevent the cataclysmic war from erupting.

UPDATE: According to "Deadline Hollywood Daily" Mickey Rourke is in talks to play King Hyperion in "War of the Gods".
Posted by DEZMOND at 10:33 PM