MATTHEW GOODE IS THE HOBBIT???

Great news people! Since Guillermo del Toro is currently in the casting process for "The Hobbit" one of my favourite British actors has revealed that he has auditioned for the main role. British "Telegraph" has recently published an article on the ultra talented actor Matthew Goode ("Watchmen", "A Single Man", "Leap Year")and here's what they wrote: 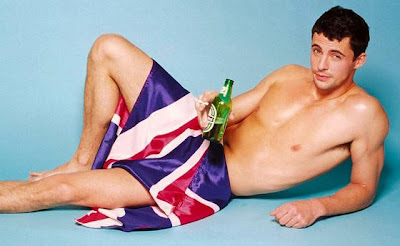 Now he's a father, Goode doesn't even like travelling that much. But just before we met, he'd auditioned for the role of Bilbo Baggins in Guillermo del Toro's two-part film of "The Hobbit". 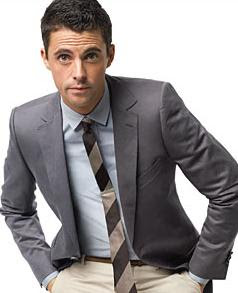 As he is the first to admit, he's not an obvious choice - "Look at the size of me for Christ's sake!" If he got the part, he would, he says, find it almost impossible to refuse - despite the fact that it would involve him spending several months in New Zealand.
Although I'm a fan of LOTR I must admit I wasn't overly excited about "The Hobbit" project since those little gnomes were the most boring part of Peter Jackson's saga for me, but the possibility of Matthew Goode appearing in it has sparkled my interest and support :) You must admit he does have an otherwordly appearance and charisma.
Posted by DEZMOND at 9:11 PM