"THE FLASH" HAS FOUND ITSELF A DIRECTOR?

"Movieweb" has just released the story about Greg Berlanti being Warner Bros. top contender to direct "The Flash" movie. 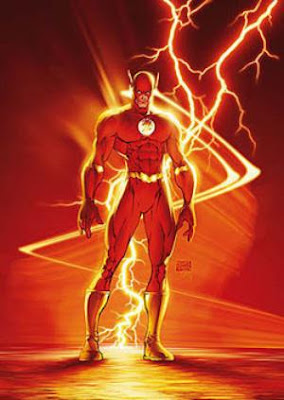 Berlanti is one of the writers and producers on the studio's "Green Lantern" film, which will be released in 2011, and he was originally attached to direct before they brought Martin Campbell on board. The studio praised his prep work on "Green Lantern", which lead to his front-runner status to direct "The Flash".
As you know the Flash possesses "super-speed", which includes the ability to run and move extremely fast, use superhuman reflexes and seemingly violate certain laws of physics. Most of us remember Flash from CBS show starring double-Emmy Award winner John Wesley Shipp in which he became a crime fighting hero of Central City after surviving a lightning-induced chemical accident.
Posted by DEZMOND at 10:13 PM