UP FOR SOME MORE PIRATES? "TREASURE ISLAND" IS COMING TO CINEMAS

According to "Movieweb" a U.K. based studio is set to adapt Robert Louis Stevenson's famous novel, "Treasure Island". 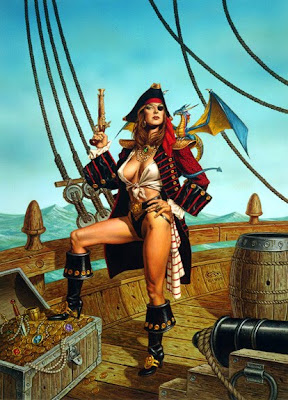 The plan is to update the 19th century tale of pirates and buried gold for contemporary audiences, focusing on Long John Silver who will become much hipper off course.
Traditionally considered a coming-of-age story, it is an adventure tale known for its atmosphere, characters and action. It is one of the most frequently dramatised of all novels. The influence of "Treasure Island" on popular perception of pirates is vast, including treasure maps with an "X", schooners, the Black Spot, tropical islands, and one-legged seamen with parrots on their shoulders.
Posted by DEZMOND at 9:45 PM