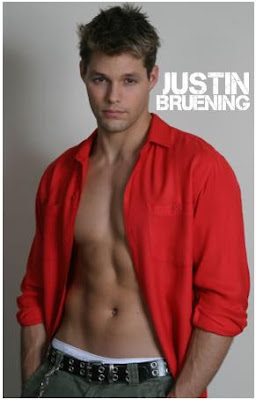 Young Adult novel DIVERGENT by Veronica Roth is getting a film adaptation. The story is set in a dystopian Chicago, where society is divided into five factions, each dedicated to the cultivation of a particular virtue-Candor (the honest), Abnegation (the selfless), Dauntless (the brave), Amity (the peaceful), and Erudite (the intelligent). On an appointed day of every year, all sixteen-year-olds must select the faction to which they will devote the rest of their lives.  At her sixteen birthday, the main heroine discovers a growing conflict that threatens to unravel her seemingly perfect society. 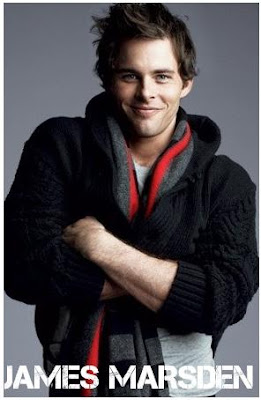 SHORT HEADLINES *Farelly Brothers are continuing with the casting for their THE THREE STOOGES remake.  Will Sasso has been cast for  Curly, and now the producers are thinking of giving the role of Moe to Hank Azaria and the role of Larry to James Marsden. *Young Justin Bruening is another addition to WONDER WOMAN. Joining Adrienne Palicki (as Wonder Woman), Elizabeth Hurley (as her enemy) and Cary Elves (as her boss), he will play Steve Trevor,  Wonder Woman's ex boyfriend who works for the Justice department. *Now, here are some great news: we prayed for Henry Cavill to get a great Lois Lane in Zack Snyder's SUPERMAN, and our prayers have been fulfilled - adorable Amy Adams has been chosen for the role! The shooting of the film starts this summer! 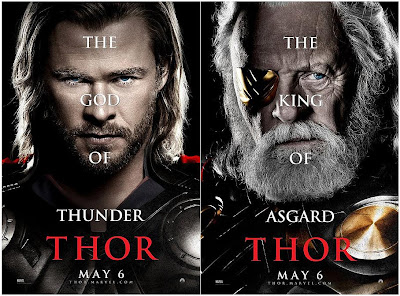 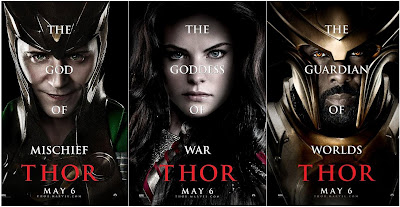 arrogant warrior from the mystical realm of Asgard whose reckless actions reignite an ancient war. As a result, Thor is banished to Earth where he is forced to live among humans. When the most dangerous villain of his world sends its darkest forces to invade Earth, Thor learns what it takes to be a true hero.
Posted by DEZMOND at 12:00 AM