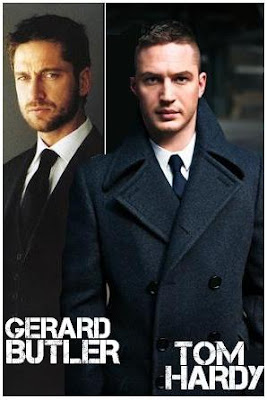 ahead. The story of the film basically revolves around an ex-cop and an ex-soldier from a secret law enforcement division called CI5, who use unconventional, sometimes illegal means to fight crimes that can’t be handled by the police. Now, the interesting and mouth watering part is the cast. According to latest rumors, the producers want the best of British actors, and the names currently included in the list of possible actors to portray the two agents are Gerard Butler, Tom Hardy and Jason Statham, while their boss could be played by Liam Neeson or Gary Oldman.

SHORT HEADLINES It seems a new book from popular writer Neil Gaiman is heading for a film adaptation.  His AMERICAN GODS, the story set in a world populated buy Gods and mythological beings, 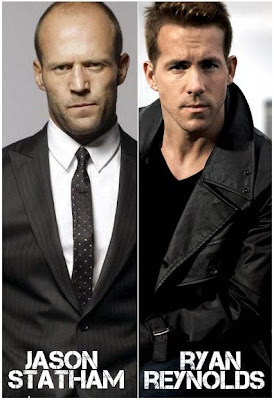 will be directed by an unnamed Oscar winning director. *Although we still have to see X-MEN: FIRST CLASS this summer, according to "Empire" the studio is already planning X-MEN 4 and X-MEN 5 which will, unlike the retrospective FIRST CLASS, continue where the 2006 movie has stopped. At the same time, the production is continuing with DEADPOOL too, which will be a reboot of the Deadpool's story we've seen in WOLVERINE, it will be an R-rated comedy, and we shall see Ryan Reynolds both in costume and with Deadpool's cancer scarred face. *Neil Marshall's (CENTURION) new project could be an untitled World War II alien invasion movie for which he is writing a script himself.

One of the animated films we are anxiously expecting in 2012 is Pixar's BRAVE. Although Reese Witherspoon has dropped out of the project, the film is moving on, and you can see some of the lovely concept art pictures from "Entertainment Weekly". Set in the mystical Scottish Highlands, where Merida is the princess of a kingdom ruled by King Fergus (Billy Connolly) and Queen Elinor (Emma Thompson), BRAVE will follow an unruly daughter and

an accomplished archer, Merida, who one day defies a sacred custom of the land and inadvertently brings turmoil to the kingdom. In an attempt to set things right, Merida seeks out an eccentric old Wise Woman (Julie Walters) and is granted an ill-fated wish. Also figuring into Merida's quest, and serving as comic relief, are the kingdom's three lords: the enormous Lord MacGuffin (Kevin McKidd), the surly Lord Macintosh (Craig Ferguson), and the disagreeable Lord Dingwall (Robbie Coltrane).
Posted by DEZMOND at 12:00 AM