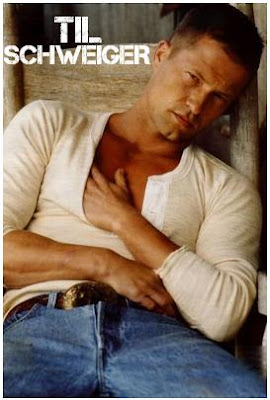 The second and the final part of WHO IS YOUR FAVOURITE FOREIGNER IN HOLLYWOOD poll is over and we have a winner. German superstar Til Schweiger has won the title with 28% of your votes, leaving gorgeous Salma Hayek in the second place with22 % of your votes, while Milla Jovovich finished third (15%).

Beside being the biggest and the most successful German film star, super dashing and magnetically charismatic Til Schweiger is also one of the most popular European actors. Being so talented and striking, Til wasn't neglected by Hollywood producers either,so he had quite a lot of memorable performances 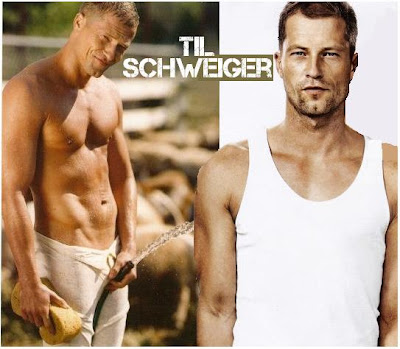 in US films too. We remember his roles in THE REPLACEMENT KILLERS,  LARA CROFT TOMB RAIDER, then there was his great role of Barbaric prince Cynric in KING ARTHUR in which he shined beside  Clive Owen. Most of you remember him from INGLORIOUS BASTERDS, while this year we shall watch him in THIS MEANS WAR and THE THREE MUSKETEERS. Here in Europe we also know him as Lucky Luke from LES DALTON and for his roles in THE RED BARON and RABBIT WITHOUT EARS. 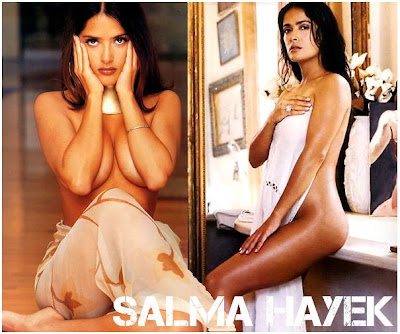 The most gorgeous Latina in Hollywood, Salma Hayek, has it all - a spicy and seductive temper, a breathtaking curvelicious body and a profound acting talent. She can entertain us with fun roles (FROM DUSK TILL DAWN, FOOLS RUSH IN, WILD WILD WES) but she can also amaze us with her passionate acting as in her Oscar nominated role in FRIDA. In the future she will be a mafia matriarch in SAVAGES. Can you believe that she is 46?!? She is Hollywood's highest paid Latina actress ever. 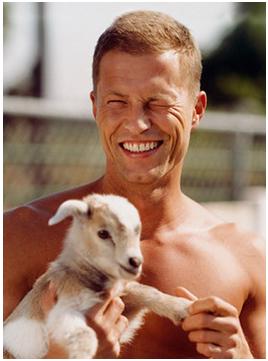 Now, let us do a poll just for my gorgeous ladies! Eight cheeky young Hollywood stars, all dashing, all mischievous,  all witty and always ready for action will compete next two weeks for the title of YOUR FAVOURITE NAUGHTY BOY IN HOLLYWOOD. So, who shall it be? Who's the naughtiest among them: GI Joe Channing Tatum, Green Lantern Ryan Reynolds, crazy Ashton Kutcher, mega naughty Tom Hardy, fast and furious Paul Walker,  flirtatious Bradley Cooper, or that Irish bad boy Colin Farrell? You can vote as much as you like next two weeks. Hope my ladies will enjoy the pics :)
Posted by DEZMOND at 2:20 PM