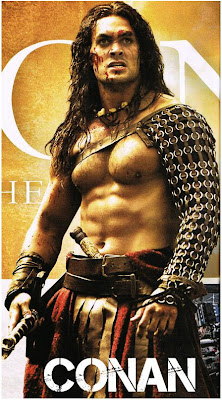 Check out a brand new image of Jason Momoa in CONAN THE BARBARIAN published in "Empire Magazine". To be released this August, the remake of the famous epic film will also have Rachel Nichols, Rose McGowan and Ron Perlman in the cast. After his father is murdered and village destroyed, Conan ventures into an unforgiving world where he survives as a thief, pirate, and warrior. On his path of wanton adventure and women, Conan chances upon the warlord responsible for his tribe’s destruction. As he tracks Khalar Zym, Conan battles monsters, Zym’s henchmen, and Marique, a powerful witch.
SHORT HEADLINES *Julianne Moore has joined Robert De Niro and Paul Dano in ANOTHER NIGHT, a dramedy about an estranged father and his son who reunite at a 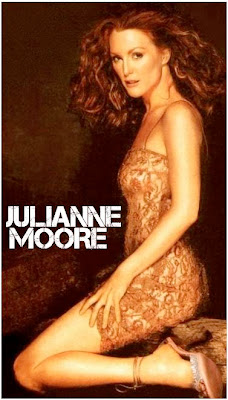 homeless shelter. *Here's another great addition to WONDER WOMAN cast. Cary Elwes will join Adrienne Palicki (Wonder Woman) and Elizabeth Hurley (her main nemesis) as the owner of Themyscira Industries in which Wonder Woman works. He will be her boss and possibly a love interest? *Ewan McGregor wil probably star in ELECTRIC SLIDE, as "gentlemen bank robber" Eddie Dodson who robbed banks all over Southern California with a smile on his face and a kind approach, without actually using a gun.

Today you can check out a brand new trailer for one of the biggest epic shows this Spring - CAMELOT, which starts this April on STARZ. In the wake of King Uther's sudden death, chaos threatens to engulf Britain. When the sorcerer Merlin (Joseph Fiennes) has visions of a dark future, he installs the young and impetuous Arthur (Jamie Campbell Bower), Uther's unknown son and heir, who has been raised from birth as a commoner. But Arthur's cold 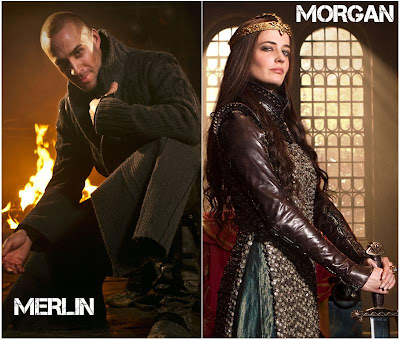 and ambitious half sister Morgan (Eva Green) will fight him to the bitter end, summoning unnatural forces to claim the crown in this epic battle for control. These are dark times indeed for the new King, with Guinevere (Tamsin Egerton) being the only shining light in Arthur's harsh world. Faced with profound moral decisions, and the challenge of uniting a kingdom broken by war and steeped in deception, Arthur will be tested beyond imagination. Forget everything you think you know...this is the story of CAMELOT that has never been told before.
Posted by DEZMOND at 12:00 AM