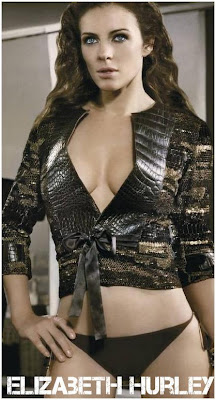 Oooh, these are some hot news: British beauty Elizabeth Hurley is joining the upcoming WONDER WOMAN TV show. She will join young Adrianne Palicki, who is playing Wonder Woman, in the role of her main villain. The story, which will revolve around Diana Prince, a successful  Los Angeles businesswoman by day who turns into a powerful vigilante by night and has a team of technical and computer wizards to help her, will premiere this Autumn on NBC produced by David E. Kelley. And you remember elegant Elizabeth Hurley from BEDAZZLED, SERVING SARA, AUSTIN POWERS THE SPY WHO SHAGGED ME... There are rumors that the villain will be Veronica Cale, a highly educated head of one of the biggest pharmaceutical companies in the country who can't stand Wonder Woman. 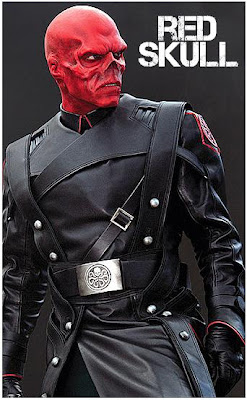 SHORT HEADLINES *Emily Blunt will star in FIVE YEAR ENGAGEMENT, a film which will deal with the highs and lows of a long-term engagement. Jason Segel will play her eternal  fiancee. *BLADE RUNNER, the cult sf film with Harrison Ford, set in the distant future filled with human replicants, could get both a prequel and a sequel in the future, since Warner Bros. has acquired the rights on the sf classic. *Zack Snyder's SUPERMAN has got a new female member: Diane Lane will play Martha Kent, the mother of The Man of Steel to be played by Henry Cavill.*You can also check out the first official picture of the villainous Red Skull from CAPTAIN AMERICA: THE FIRST AVENGER, played by Hugo Weaving. The film, with Chris Evans in the title role will premiere this July. 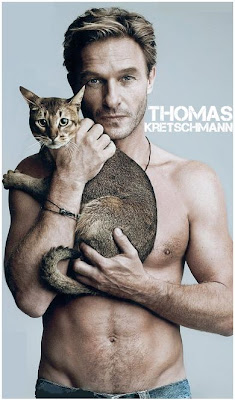 Now, here's an interesting mishmash of everything in one film: HIGH MIDNIGHT will be a combination of thriller, horror, western and action set in the past, which will follow a broken-down sheriff who is forced to join forces with an obsessed Victorian vampire hunter to defeat an undead force consuming a small frontier town in 1892 New Mexico.The most interesting part of this film, which is set to premiere in summer 2012. is the cast which includes some of the forgotten Hollywood names - Vincent D'Onofrio, Rachel Leigh Cook, William Baldwin alongside the above mentioned Elizabeth Hurley and German star Thomas Kretschmann. The film has a crazy tagline: In the Wild West a lot of blood was spilled... but it didn't go to waste!
Posted by DEZMOND at 12:00 AM