ADORABLE TRAILER FOR "PUSS IN BOOTS"! ABC'S NEW SHOW "ONCE UPON TIME" MIXING MAGIC AND FAIRY TALES! STELLAN SKARSGAARD IS VILLAIN IN "THE AVENGERS"!

Here are some of the cool new TV projects coming our way: according to "Hollywood Reporter" ABC is preparing ONCE UPON A TIME a show in which Ginnifer Goodwin 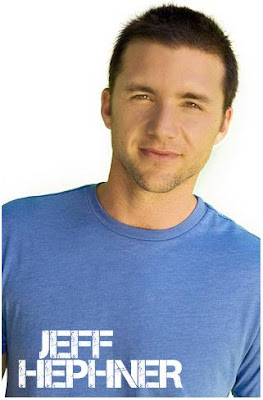 will play Snow White. Here's the plot: When a young boy who purports to be her son shows up on her doorstep, Anna Swan is drawn into a town where the magic and mystery of fairy tales may be real and hold the key to unlocking the mysteries of her troubled past. And something that boys will like is new NBC show PLAYBOY, centering on Nick Dalton (Jeff Hephner) who is the ultimate playboy. He is an attorney in Chicago and a keyholder at the glamorous, exclusive Playboy Club. A fixer who knows how to make problems disappear, he has mysterious ties to the mob. The show will be set in the 60's and will also have gorgeous Amber Heard and Jenna Dewan Tatum in the cast. 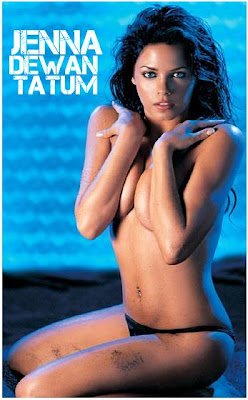 SHORT HEADLINES *Stellan Skarsgaard will play the villain in THE AVENGERS, and it will be the role of Doctor Selva, the one he portrays in THOR as well. *Upcoming sequel G.I. JOE 2 won't have all the characters from the first part. Only Snake Eyes (Ray Park), Storm Shadow (Byung-hun Lee), and Duke (Channing Tatum) will return, which means that my favourite Scarlett (Rachel Nichols) isn't returning :( *Director George Miller will officially start production on two sequels MAD MAX: FURY ROAD and MAD MAX: FURIOSA in January with Tom Hardy in the title role and Charlize Theron as an armless heroine. 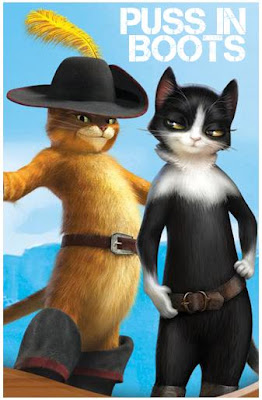 Something that will surely bring us lots of fun is PUSS IN BOOTS, the SHREK spin-off focusing on our favourite Puss, which "took nine lives in making" :). The film which premieres this November has just got its first trailer and it's indescribably adorable. The hilarious animated film will tell the hilarious and courageous tale of Puss's (magnificent voice of Antonio Banderas) early adventures as he teams with mastermind Humpty Dumpty and the street-savvy Kitty  to steal the famed Goose that lays the Golden Eggs. Check out the trailer and tell me what you think, it seems Puss could be even more charming than in last SHREK in which he had a few pounds more if you remember :)
Posted by DEZMOND at 12:00 AM