SAOIRSE RONAN COULD BE ITARIL IN "THE HOBBIT". ARMIE HAMMER IS PRINCE IN "THE BROTHERS GRIM: SNOW WHITE"! LUCAS TILL & LIAM HEMSWORTH ALSO IN THE RUN FOR "THE HUNGER GAMES" SAGA

Ah, THE HUNGER GAMES casting saga continues. You already know that Jennifer Lawrence got the lead female role in this film adaptation of the bestselling fantasy book. Last week 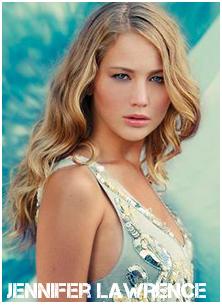 HOLLYWOOD SPY informed you that talented Josh Hutcherson and gorgeous Hunter Parrish are the lead candidates for the male role of Peeta,  the main companion of the female heroine in the weird world in which teenagers are forced to fight till death in the arena. But beside the two of them there are some new young actors who have appeared at the screen testing yesterday: charismatic Lucas Till (we shall watch him this summer in X-MEN: FIRST CLASS beside Jennifer Lawrence again) has auditioned for Peeta, while Liam Hemsworth (we shall watch him in ARABIAN NIGHTS) has auditioned for the role of Gale,  the best friend of the female heroine. 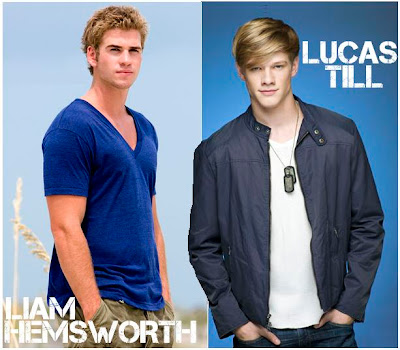 The production of THE HOBBIT has finally started, most of the cast has been gathered, but as you remember young Saoirse Ronan was also rumored to be a possible member of the cast. If she really joins the Middle Earth saga she might play Itaril,  one of the Silvan Elves and a member of the Woodland King’s Guard. But she will probably have to choose between this role and the bellow mentioned Snow White lead. 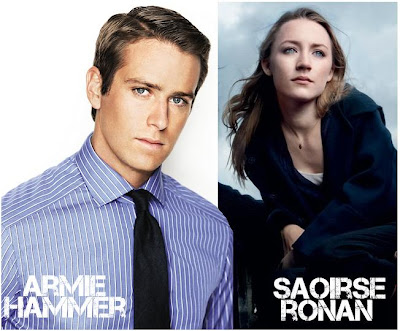 As you know, two big Snow White projects are in preparation, and here are some new updates on both of them. According to latest rumors Viggo Mortensen has decided to reject the role in THE SNOW WHITE AND THE HUNTSMAN, which will have Kristen Stewart in the lead role (which is why I'm not watching the film) and Charlize Theron as the Evil Queen. Apparently, Viggo wanted more money than offered. On the other side Tarsem Singh's THE BROTHERS GRIMM: SNOW WHITE has found its prince. Joining Julia Roberts, who plays the Evil Queen, will be dashing rising star Armie Hammer (SOCIAL NETWORK), while Saoirse Ronan could be his Snow White if she accepts the role.
Posted by DEZMOND at 12:00 AM