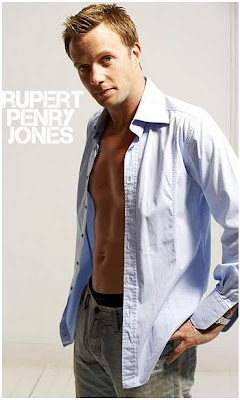 Our dear Rupert Penry Jones, who won a number of polls at HOLLYWOOD SPY, is going to star in an unusual British film called MANOR HUNT BALL in which a gang of local youths crash a high-class party at a country manor where they discover that the modern gentry are now hunting people instead of foxes. Running for their lives the gang must find a means of escape before they are picked off one by one. This mix of action, thriller and horror will also star Sean Pertwee (EVENT HORIZONT, EQUILIBRIUM, CAMELOT), music star Plan B (HARRY BROWN),  and possibly Anna Friel, Brenda Blethyn (ATONEMENT, SAVING GRACE) and Matthew Macfayden (ROBIN HOOD, THE PILLARS OF THE EARTH). 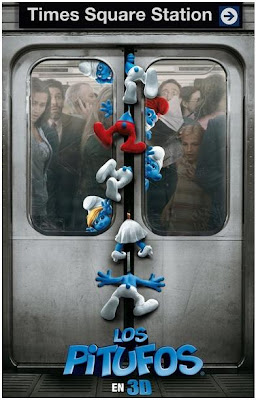 SHORT HEADLINES Some time ago, I've mentioned that Olivia Wilde might play Lara Croft in a possible new film, and now it seems that TOMB RAIDER saga will really continue. According to "Variety" the rights have just been purchased, and the reboot of the story is expected to appear in cinemas in 2013. *Today, you can also check out a new, Italian, and a bit bizarre, poster for THE SMURFS which are premiering this August with little blue cuties being lost in the middle of New York. *According to "Beyond Hollywood" Marvel is planning to film INHUMANS, a film about aliens who were put on Earth as sleeper cell aliens to eventually call back their race to take over the planet. Ultimately, the group of aliens fully assimilates and don’t want to cause war. 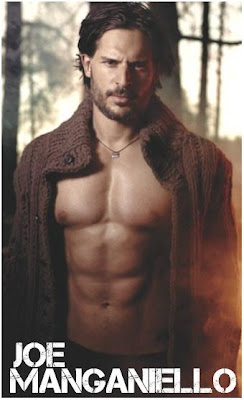 Although we are all super happy that Henry Cavill got the role of SUPERMAN in Zack Snyder's reboot of the Man of Steel story, you do remember that hunky Joe Manganiello from TRUE BLOOD was actually the first choice for the role. "MovieWeb" has tried to reveal what went wrong with his casting, and it seems that the only reason Manganiello didn't get the role was the fact that he didn't have the time to go to Warner Bross. and do the screen testing in costume, since he was busy shooting new episodes for TRUE BLOOD. Quite a strange choice - choosing a not so popular show over a life changing movie role.
Posted by DEZMOND at 12:01 AM