Now, this is quite unusual: three stars from BATTLESTAR GALACTICA and one of the producers will rejoin in a new Fall show on NBC. 17TH PRECINCT will be a supernatural police procedural, with James Callis playing a homicide detective and Jamie Bamber playing a crime scene expert. Tricia Helfer 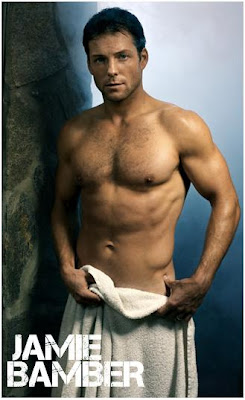 will play a coroner who has expertise in black magic, spell casting, and potions. The police in the series will relay more so on magic than they will on detective work and technology. The cast will also include amazing Stockard Channing and young Matt Long.

SHORT HEADLINES *Legendary actress Anjelica Huston has joined Debra Messing, Katherine McPhee and Jack Davenport in  NBC's new musical show SMASH in which she will play a Broadway producer who is both classy and shrewd. *You won't discover HOW I MET YOUR MOTHER for two more years, since the popular sitcom has just been renewed for two more seasons. *According to new rumors JAMES BOND 23 might get legendary actor Anthony Hopkins as the main villain. 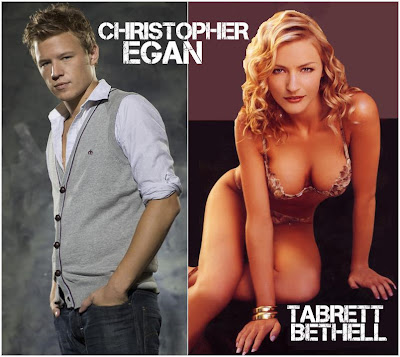 *ABC's upcoming new show POE has just got itself two breathtaking actors: Tabrett Bethell (Cara from LEGEND OF THE SEEKER, probably the most beautiful woman on Earth) and Christopher Egan will take the lead roles in the show set in 1840s Boston in which the famous writer will also solve crimes. Egan will be Poe and Tabrett will be his main muse. 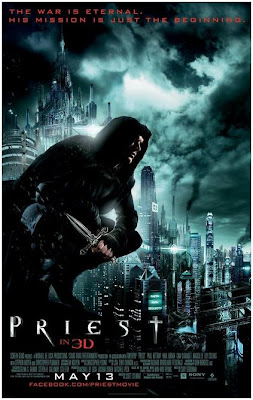 Today you can check out a super sensational new poster for one of the most anticipated sf films this year, futuristic epic PRIEST with the stunning cast including Paul Bettany, Karl Urban, Cam Gigandet, Stephem Moyer, Madchen Amick and Christopher Plummer. The story revolves around a legendary Warrior Priest (Paul Bettany) from the last Vampire War who now lives in obscurity among the other downtrodden human inhabitants in walled-in dystopian cities ruled by the Church. When his niece (Lily Collins) is abducted by a murderous pack of vampires, Priest breaks his sacred vows to venture out on an obsessive quest to find her before they turn her into one of them. He is joined on his crusade by his niece’s boyfriend (Cam Gigandet), a trigger-fingered young wasteland sheriff, and a former Warrior Priestess (Maggie Q) who possesses otherworldly fighting skills. The film is out May 13th.
Posted by DEZMOND at 12:00 AM