FIRST TEASER FOR NEW "CONAN THE BARBARIAN"! JENNIFER LAWRENCE IS LEAD IN "THE HUNGER GAMES"! LUKE EVANS IS "THE AMATEUR AMERICAN". EDDIE CIBRIAN IS NBC'S "PLAYBOY"

Young and super charming Luke Evans (who is about to become very busy in Hollywood, with roles in RAVEN, alongside John Cusack as Poe, in THE THREE MUSKETEERS alongside Orlando Bloom and Milla Jovovich, 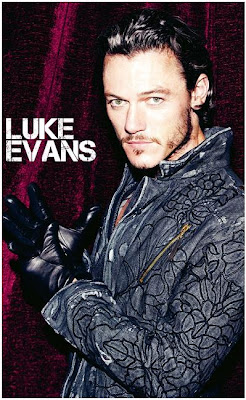 and in ancient Greek epic IMMORTALS) will take the lead role in THE AMATEUR AMERICAN, an action thriller about a young American living in Paris who accepts a job working for a shadowy employer and soon finds himself framed for murder and caught up in a deadly game of espionage, blackmail, and deceit.
SHORT HEADLINES Comic book RASL will be adapted into a film by the producers of SHERLOCK HOLMES.  The film will follow a former military scientist who becomes an art thief, traveling to parallel universes to steal priceless artwork. *This week I've told you that NBC is shooting a new show PLAYBOY set in the 60's about a successful lawyer and a VIP member of a Playboy club  , but instead of Jeff Hephner, who didn't prove good enough at test shootings, NBC has now given the lead role to Eddie Cibrian. 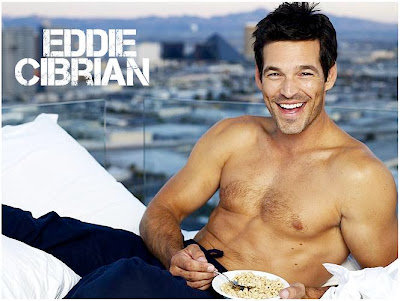 *The closest to getting the lead role in the film adaptation of fantasy saga THE HUNGER GAMES is young Jennifer Lawrence nominated this year for an Oscar for her role in WINTER'S BONE.  We shall also see her this summer as Mystique in X-MEN: FIRST CLASS. 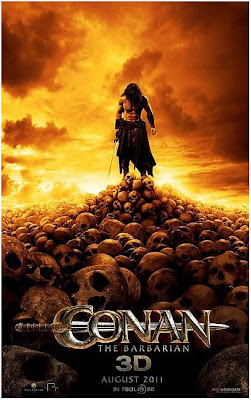 And here it is finally - the first official teaser for CONAN THE BARBARIAN in which Jason Momoa will play the famous Barbarian hero when it hits cinemas this August.  In this action epic, a quest that begins as a personal vendetta for the fierce Cimmerian warrior soon turns into an epic battle against hulking rivals, horrific monsters, and impossible odds, as Conan realizes he is the only hope of saving the great nations of Hyboria from an encroaching reign of supernatural evil. Beside Momoa, the cast also includes stunning Rachel Nichols as Conan's love interest, Rose McGowan as an evil sorceress and Ron Perlman as Conan's father ....
Posted by DEZMOND at 12:00 AM