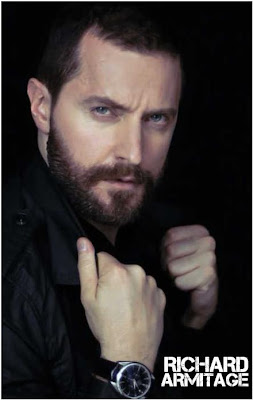 Richard Armitage's ladies have shown once again that no poll around the world escapes them, and they brought him victory in our YOUR FAVOURITE THE HOBBIT STAR poll with 75% of votes. Cate Blanchett took second place with 6%, leaving behind her Luke Evans (5%), Lee Pace (2%), Aidan Turner (2%), Benedict Cumberbatch (2%), Stephen Fry (2%), Evangeline Lilly (1%) and Martin Freeman who, ironically as the lead character in the film, took last place with only 3 out of almost 350 votes which just proves my point that the Hobbits are actually the most boring part of the Hobbit film, as they were 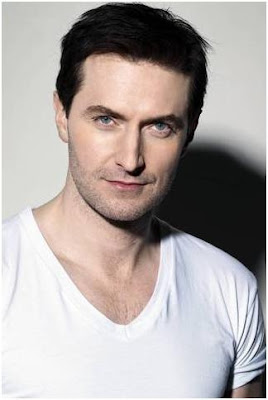 in LOTR :) You can check out HOLLYWOOD'S MEGA SPOTLIGHT ON THE HOBBIT CAST in our magnificent Sunday post for detailed info on all the characters in the film.

____________
Richard Armitage is the actor you've seen in BBC's ROBIN HOOD, also known as the owner of probably the strongest fan base I've ever seen for a relatively unknown actor. This year you've seen him shortly in CAPTAIN AMERICA and he also appears in British TV shows MI5 and STRIKE BACK.   This dashing fella will play Thorin Oakenshield in both THE HOBBIT: AN UNEXPECTED JOURNEY and in THE HOBBIT: THERE AND BACK AGAIN. 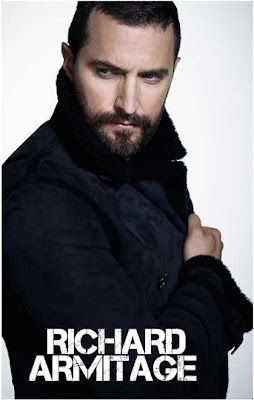 Now, that we've finished the long and glorious THE HOBBIT poll :), and since we don't have  much of summer left, let us choose THE BEST SUMMER 2011 MOVIE HERO! We have had quite a lot of super heroes and a few epic ones this season in the cinemas, so who was your favourite: GREEN LANTERN played by Ryan Reynolds, THE WHITE QUEEN played by January Jones in X-MEN: FIRST CLASS, CAPTAIN AMERICA played by Chris Evans, PRIEST played by Paul Bettany, PROFESSOR X played by James McAvoy in X-MEN:FIRST CLASS, CONAN played by Jason Momoa, THOR played by Chris Hemsworth or MAGNETO played by Michael Fassbender in X-MEN: FIRST CLASS. You have next two weeks to vote on!
Posted by DEZMOND at 2:06 PM