I have two brand new trailers for you today, people. The first one is for apocalyptic thriller THE DAY which opens in theatres later this August. A group of five 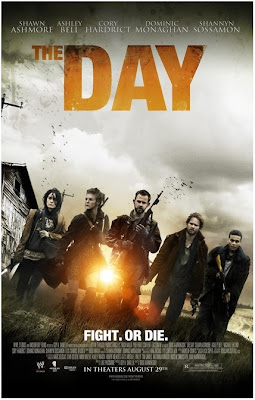 survivors, armed with shotguns, axes and machetes, wander the back roads of a ravaged landscape looking for refuge in the film, a terrifying look into a post apocalyptic future. As war ravages humanity, destroying civilization and most of life on earth, the survivors realize they must do whatever it takes to stay alive. Lost, starving, and exhausted, they seek shelter in a seemingly safe abandoned farmhouse. However, while searching for food and resources, they unwittingly set off a trap signalling to their ruthless predators lying in wait to begin their deadly attack. With food and ammunition dwindling, the group must 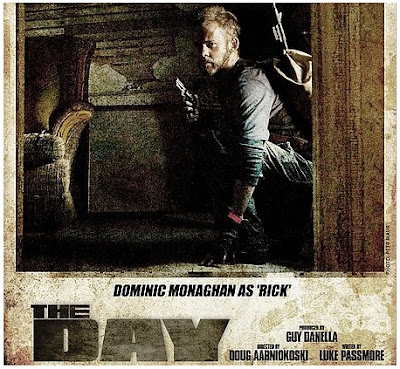 make a desperate final stand-over a 24 hour period-battling for their ultimate survival. The cast is lead by Shawn Ashmore, Shannyn Sossamon and Dominic Monaghan.

HOLLYWOOD SPY HEADLINES
More superhero news today as well! I told you yesterday that the official title for the sequel of last year's blockbuster will be CAPTAIN AMERICAN: THE WINTER SOLDIER, and a new update says that rising star Anthony Mackie (you can currently watch him in ABRAHAM LINCOLN VAMPIRE HUNTER) will join Chris Evans in 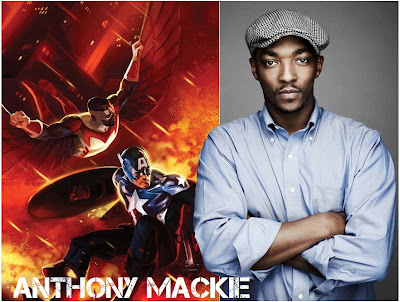 it. According to "MovieWeb" he will play Sam Wilson, a.k.a. The Falcon. He was first introduced in 1969, and is one of the first African American superheroes. His power comes from a suit that gives him super strength and allows him to fly, along with the telepathic ability to communicate with birds. The new title also hints that Sebastian Stan's Bucky Barnes will be brought back to life as The Winter Soldier.


GRABBERS TRAILER
Your second trailer for today is for a delightful and slightly crazy Irish comedy GRABBERS which hits cinemas over at Ireland this August and has two famous British stars Russell Tovey (from BEING HUMAN) and always brilliant and hilarious Richard Coyle (COUPLING) in the lead roles. This rather unusual, but highly original, 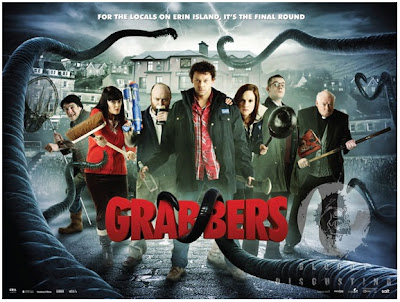 film is a mix of comedy, action and science fiction. The story is set on an island off the coast of Ireland which, for reasons unknown, gets invaded by horrid bloodsucking aliens, after which the heroes of the story discover that getting drunk is the only way to survive.
Posted by DEZMOND at 12:00 AM