After gorgeous Luke Pasqualino, who played the love interest of Lucretia Borgia, it seems THE BORGIAS show is getting yet another actor from the SKINS. Young Sebastian de Souza has been added to 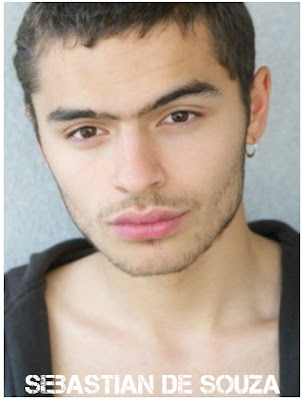 the cast as prince Alfonso of Aragon and will be regular in the third season of Showtime's epic show in which Jeremy Irons, David Oakes and Holliday Grainger play the members of the infamous papal family. Speaking of TV, Deadline reports that 20th Century Fox TV is preparing THE LEAGUE OF PAN TV show. The new fantasy show will be a reimagining of the Peter Pan legend and will follow the Lost Boys ten years after they left the magical realm of Neverland.


HOLLYWOOD SPY HEADLINES
If you like ensemble movies like I do, and most of you do since NEW YEAR'S EVE and VALENTINE'S DAY have been huge hits, you will look

forward to WEDDING DAY which will be directed by DADDY DAY CARE and DR. DOOLITTLE helmer Steve Carr. The story will centre around a wedding reception where a group of strangers meet, and go on to alter each other's lives. The cast is still unknown, but it will include lots of famous names. Meanwhile, a whole bunch of stars will appear in regular or guest roles in the second season of AMERICAN HORROR STORY. New names in the cast, beside previously mentioned MAROON 5 singer Adam Levine, include Chris Zylka from SECRET CIRCLE and BH90210, Chloe Sevigny and Joseph Fiennes (who is kinda a bad luck when it comes to TV since all of his shows, CAMELOT, FLASH FORWARD, have been axed in the first season).


VALERIAN & BARBARELLA
According to "Twitch" French director Luc Besson (THE FIFTH ELEMENT) will helm the film adaptation of French sf comic book VALERIAN and it will be in English. Popular sf epic story follows the 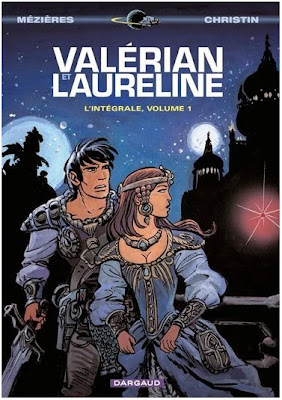 exploits of a stranded space-time police officer from the future and his companion from the past. Before doing the sf epic, he will helm crime film MALAVITA with Robert De Niro. Speaking of the French producers, according to "The Hollywood Reporter" Nicolas Winding Refn, DRIVE director, will produce and possibly helm BARBARELLA TV show together with French company Gaumont who are currently working on HANNIBAL TV show with Hugh Dancy. As you remember Jane Fonda played the sf intergalactic vixen in the original BARBARELLA film.
Posted by DEZMOND at 12:00 AM