We've already concluded recently that Reese Witherspoon has decided to take on some more serious, and even grim, projects in the future, and one of those will be a film adaptation of Gillian Flynn's 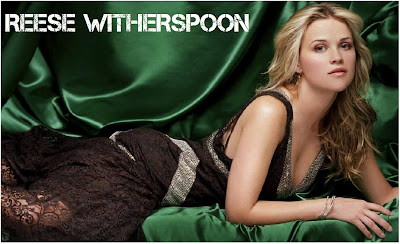 bestsellerGONE GIRL. Reese will produce, and possibly star in, this story about a woman who goes missing on her fifth wedding anniversary, and all signs point to her husband being the killer.


OZ: THE GREAT AND POWERFUL TRAILER 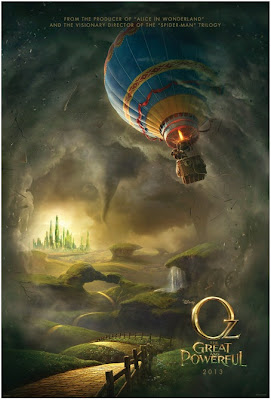 Your main treat for today is the long awaited trailer for fantasy adventure OZ: THE GREAT AND POWERFUL which comes to us straight from today's Comic Con! Disney's fantastical adventure, directed by Sam Raimi, imagines the origins of L. Frank Baum's beloved character, the Wizard of Oz. When Oscar Diggs (James Franco), a small-time circus magician with dubious ethics, is hurled away from dusty Kansas to the vibrant Land of Oz, he thinks he's hit the jackpot - fame and fortune are his for the taking - that is until he meets three witches, Theodora (Mila Kunis), Evanora (Rachel Weisz) and Glinda

(Michelle Williams), who are not convinced he is the great wizard everyone's been expecting. Reluctantly drawn into the epic problems facing the Land of Oz and its inhabitants, Oscar must find out who is good and who is evil before it is too late. Putting his magical arts to use

through illusion, ingenuity, and even a bit of wizardry, Oscar transforms himself not only into the great and powerful Wizard of Oz but into a better man as well.I must admit I was stunned by the visuals in the

trailer, but mostly by how mindblowing Michelle Williams looks as Glinda! Are you excited about this one? It's out next March!

OZ TIDBITS
The budget of the film is estimated at around stunning $200 million! Johnny Depp and Robert Downey Jr. were the first choices for the main role. Amy Adams, Olivia Wilde, Blake Lively (who made a 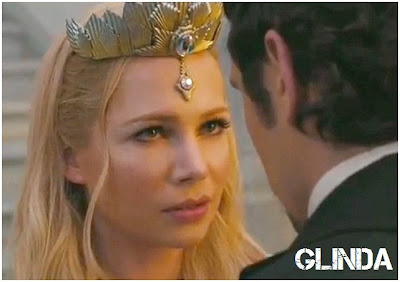 less intelligent choice of starring in SAVAGES instead of being Glinda) and Kate Beckinsale were all in the run for the roles of the witches. Sam Raimi wanted Hilary Swank for the role of Evanora, but

the studio wouldn't  hear about such horrid choice and demanded for the role to be given to brilliant Rachel Weisz.