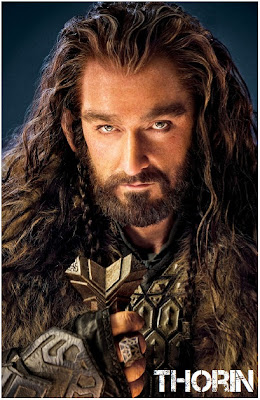 So, tell me how excited are you about the biggest epic this year coming out to cinemas this December? We still haven't got the second trailer for Peter Jackson's THE HOBBIT: AN UNEXPECTED JOURNEY, but we do have new pictures released earlier this week in "Entertainment Weekly" so you can enjoy those at least. There are character pictures of Martin Freeman as Bilbo Baggins, Sir Ian McKellen as wizard Gandalf, and Richard Armitage as Thorin Oakenshield, the leader of the company of dwarves, who is fiercely determined to reclaim the dwarves' kingdom. 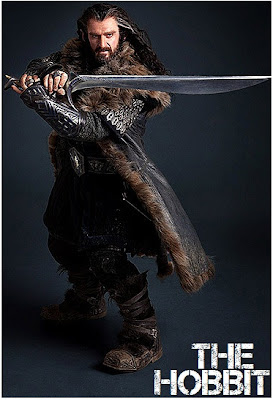 THE HOBBIT STORY
The story now follows Bilbo as he first encounters Gandalf. Bilbo Baggins is swept into a quest to reclaim the lost Dwarf Kingdom of Erebor from the fearsome dragon Smaug. Approached out of the blue by the wizard Gandalf the Grey, Bilbo finds himself joining a company of thirteen dwarves led by the legendary warrior, Thorin Oakenshield. Their journey will take them into the Wild; through treacherous lands swarming with Goblins and Orcs, deadly Wargs and Giant Spiders, Shapeshifters and Sorcerers. Although their goal lies to the East and the wastelands of the 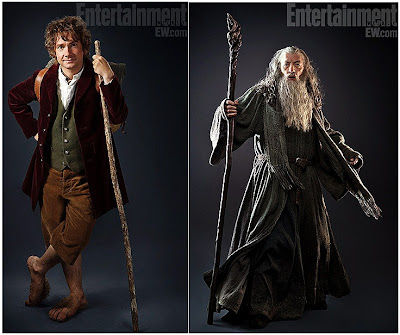 Lonely Mountain first they must escape the goblin tunnels, where Bilbo meets the creature that will change his life forever ... Gollum. Here, alone with Gollum, on the shores of an underground lake, the unassuming Bilbo Baggins not only discovers depths of guile 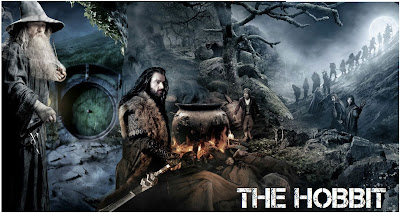 and courage that surprise even him, he also gains possession of Gollum's "precious" ring that holds unexpected and useful qualities ...
THE HOBBIT CAST
As you remember from HOLLYWOOD SPY's extensive spotlight on THE HOBBIT characters,the magnificent cast includes Cate Blanchett as the Elven queen Galadriel, Martin Freeman as Bilbo Baggins, Ian 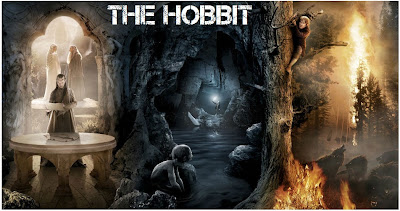 McKellen as Gandalf, Luke Evans as Bard the leader of Men, Benedict Cumberbatch who will lend his voice to the dragon Smaug, Hugo Weaving as Elven king Elrond, Lee Pace as Elven king 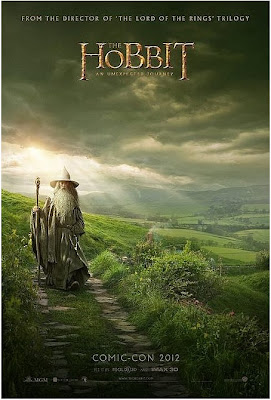 First part AN UNEXPECTED JOURNEY premieres in December 2012, while second part THERE AND BACK AGAIN will premiere in December 2013! Overly dark and morbid Guillermo del Toro was supposed to helm the film, but fortunately, Peter Jackson took it over during the pre-production limbo. Actors James McAvoy, Matthew Goode and David Tennant were in the option to play Bilbo. MGM's bankruptcy, Peter Jackson's ulcer surgery and New Zealand union strikes are just some of the troubles THE HOBBIT went through. Barry Humphries, 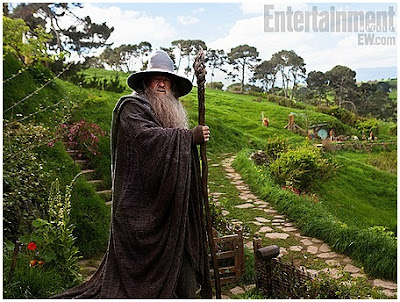 also known as famous Dame Edna (US audience remembers her/him from ALLY MCBEAL) will play a CGI Goblin King, the ruler of the underground caverns in the Misty Mountains.
Posted by DEZMOND at 12:00 AM