Since it has been a very slow week in the film news world, I will entertain you today with a stunning new photo for Lady Gaga's new perfume: it shows her naked body covered with spiders, but if you take a closer look you will see the spiders are actually little naked men ;) According to Mother Monster herself, the perfume, titled FAME,
will smell "like an expensive hooker". She says, that's the smell you get after having sex. Amused? Not? Wanna have those spiders crawl over you after spraying the perfume upon your body? Gaga will also have her first film role soon in Robert Rodriguez's MACHETE KILLS in which she plays seductive vixen La Chameleon.

BBC pseudo documentary of the same name, that followed a fake disaster which leads to a complete breakdown of England's transportation system. If you read HOLLYWOOD SPY's reports on the new shows coming up this Autumn, you will probably remember that a similar show awaits us as well titled REVOLUTION - it will follow a bunch of survivors of a strange apocalypse in which the Earth lost all energy sources within a second. Meanwhile, young Kevin Zegers has joined the movie adaptation of fantasy saga THE MORTAL INSTRUMENTS in which Lily Collins plays Clary Fray a young woman living in New York City who discovers she comes from a long line of demon hunters. Zegers will play her enemy, a homosexual boy who is secretly in love with Clary's love interest. Kevin Durand and GAME OF THRONES Lena Headey are also in the cast. 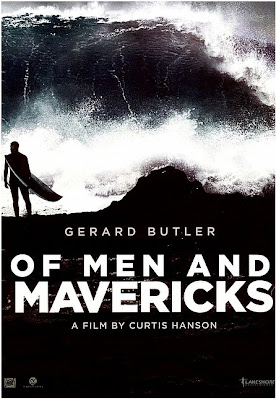 MAVERICKS. The movie is set for release this October, and also stars Gerard Butler. The Scottish hunk appears in the film as Frosty Hesson, Moriarty's mentor who teaches the surfer how to break the massive Northern California swells known as The Maverick. What begins as a mentorship turns into a unique lifelong bond, as the two unlikely friends discover that there is nothing more powerful than pushing your limits and chasing a nearly impossible dream.Previously titled OF MEN AND MAVERICKS, the movie caught media attention earlier this year when Gerard Butler almost died after being swallowed by a huge wave during the shooting down in Australia.

I will be in and out throughout the weekend, since I'm going apartment hunting to Belgrade, but I will try to answer the comments over laptop. I did schedule an amazing post for Sunday. Keep fingers crossed for my hunting luck :) And have you noticed that HOLLYWOOD SPY has just passed its 1,800,000 visitor? HOLLYWOOD SPY loves you and there's nothing you can do about it :)
Posted by DEZMOND at 12:00 AM