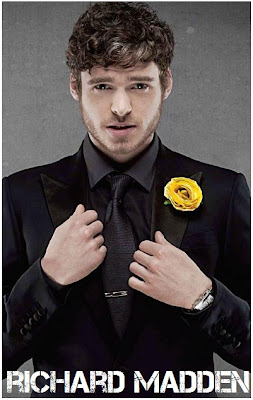 Although the second season of GAME OF THRONES has finished airing recently, I'm sure you're already missing the epic show. The shooting of the third season is already under way and will again be done in Croatia and Ireland. The first new addition to the cast is British actor Clive Russell who will play Brynden 'The Blackfish' Tully, Catelyn Stark's uncle, whose skills as a warrior are of great use to Robb Stark in his continuing war efforts with the Lannisters. Meanwhile, Alfie Allen (Theon Greyjoy), Emilia Clarke (Daenerys Targaryen), Michelle Fairley (Catelyn Stark), Kit Harington (Jon 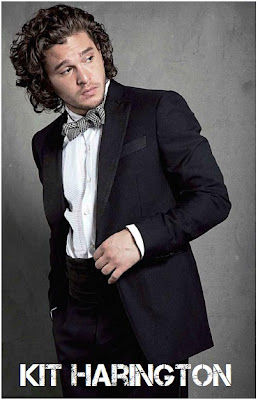 Snow), Lena Headey (Cersei Lannister) and amazing Richard Madden (Robb Stark), are all coming back and will also all appear at the San Diego Comic Con to talk about the third season. According to "Digital Spy" the third run will feature ten episodes and will be adapted from parts of George R R Martin's "A Storm of Swords" book. Other new characters set to join the series include Edmure Tully, Mance Rayder, Daario Naharis, Myranda Royce, Lady Selyse Florent and Jojen Reed and Meera Reed. And don't forget to check out HOLLYWOOD SPY's spotlight on the future projects of GAME OF THRONES lead stars!

WORLD WITHOUT END TRAILER
You remember that last winter HOLLYWOOD SPY had a huge, extremely visited, spotlight on new epic mini series WORLD WITHOUT END which should air on Reelz (never heard of the channel before) 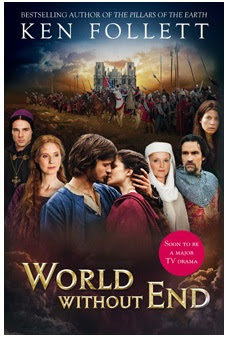 in USA, Channel 4 in UK, Shaw Media in Canada this Autumn. Below you can check out the first exclusive trailer for the series! The eight part mini series will be set 200 years after the end of THE PILLARS OF THE EARTH series which was also based on Ken Follett's book.  Produced by the producers of THE TUDORS and THE BORGIAS and Ridley Scott and his brother Tony Scott, the mini series will star Ben Chaplin, Cynthia Nixon, Rupert Evans, Miranda Richardson. Set in England during the 1300s, the series chronicles the lives of ordinary citizens as the King leads the nation into the Hundred Years' War with France, all while Europe is bracing for the Black Death. Caris

(Charlotte Riley), a visionary woman, and her lover Merthin (Tom Weston-Jones) build a community that stands up to the Crown and the church. You can also check out HOLLYWOOD SPY's exclusive talks with two of the cast members: Caroline Boulton and Simon Nader.
World Without End | Movie Trailer | Review
Posted by DEZMOND at 12:00 AM