SARAH BOLGER IS SLEEPING BEAUTY, JAMIE CHUNG MULAN IN "ONCE UPON A TIME"! NEW POSTER FOR "PACIFIC RIM" SF EPIC! KEVIN DURAND IS VILLAIN IN "THE MORTAL INSTRUMENTS" 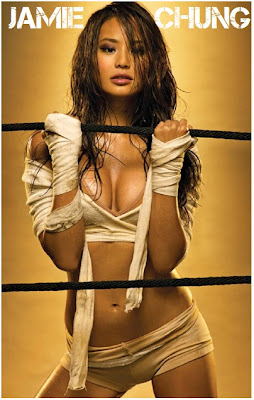 We shall start today's fantasy Monday with an update on one of currently most popular TV shows around the world ABC's ONCE UPON A TIME. I've recently told you that the new, second season will have a number of new fairy tale characters and now we have the first casting choices for some of the new princesses: sensational Irish beauty Sarah Bolger (princess Mary from THE TUDORS) has been cast as princess Aurora, or the Sleeping Beauty in the recurring role. As you might remember, Sarah was supposed to star in another show LOCKE AND KEY last season alongside  LOTR's Miranda Otto and pop star Jesse McCartney 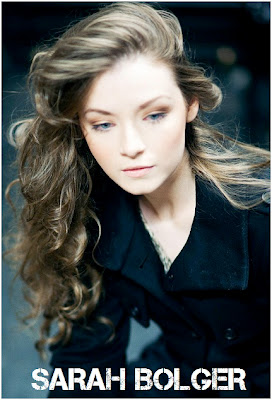 but the pilot didn't evolve into a show. Another new face in ONCE UPON A TIME will be gorgeous Jamie Chung from SUCKER PUNCH, who will play legendary female warrior, the Chinese fighter Mulan, a young woman who, according to the legend, takes her elderly father’s place in the army and becomes a great rider, archer and fighter. It will be interesting to see how will the two new characters be incorporated into the second season story, which was announced as being different from the opening season, and whether we shall also see Maleficent in the cast? 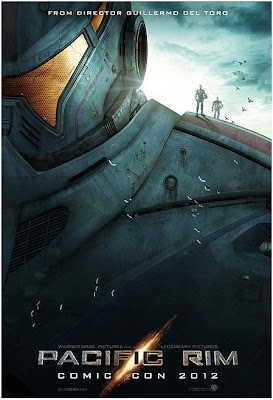 Yesterday, I've shown you a wonderful THE HOBBIT Comic Con poster, and now here's an equally lovely Comic Con poster for Guillermo del Toro's PACIFIC RIM sf epic which will hit cinemas in July 2013. The posters shows two soldiers standing on the shoulder of a huge Jaeger robot which is used by humans to battle strange aliens who are suddenly attacking Earth from all directions in order to destroy it. The soldiers actually move and control these huge Jaeger robots from the inside. The cast of the film includes Idris Elba, Charlie Hunnam, Ron Perlman and Rinko Kikuchi.

MORTAL INSTRUMENTS
Continuing with fantasy news today, after our glorious epic updates weekend, I have some casting news for you on the movie adaptation of bestselling fantasy novel saga. According to THE MORTAL INSTRUMENTS. 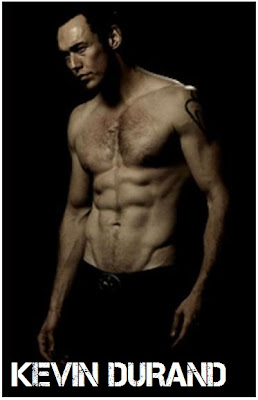 "Variety", one of the busiest supporting actors Kevin Durand (X MEN, REAL STEEL, ROBIN HOOD, I AM NUMBER FOUR, LOST, RESIDENT EVIL, LEGION) will play a member of the villainous duo Pangborn and Blackwell along with Robert Maillet (300, IMMORTALS, SHERLOCK HOLMES). The film is an adaptation of Cassandra Clare's fantasy series about Clary Fray (Lily Collins), a young woman living in New York City, who learns that she is a descendant of the Shadowhunters, a group of warriors who protect the earth from demons. I personally can't accept the fact that truly horrid Jamie Campbel Bower will play the lead male role, since we remember his utter absence of acting talent from CAMELOT, which he single-handedly ruined with his wimpy and highly immature portrayal of king Arthur.
Posted by DEZMOND at 12:00 AM