Ah, my dear freaks, we've had a very dry period when it comes to movie news for a whole summer now, and it seems it's getting worse, so the only things I have to give you today are two Asian trailers, for two visually stunning epics. 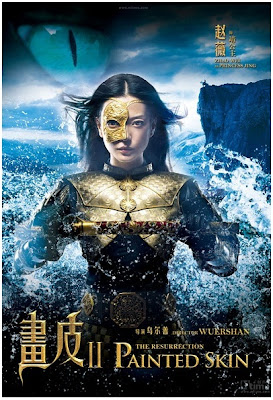 I've already introduced you with this film before, but now it is out worldwide and we have the second, marvellous and super stunning clip too: it is for PAINTED SKIN 2: THE RESSURECTION a rather stunning mix of vampire and fantasy film. According to demon lore, it takes hundreds of years to attain human form. Even then, lacking a human heart, a demon cannot experience the true pains and passions of existence. However, there is a legend that if a pure human heart is freely offered to a demon, it can become a mortal and 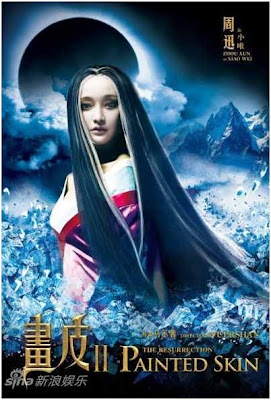 experience true life. This obviously gorgeous film will be released in China this June, and will have a worldwide release later on. Apparently most of the actors from the first film are coming back but in different roles and in a different story. In the sequel, Wang Sheng (originally played by Chen Kun) and Wang Ying, son of Wang Sheng and Pei Rong (originally played by Zhao Wei) travel westward to explore and reencounter the fox spirit Xiao Wei along the way. The film looks like LORD OF THE RINGS in the eyes of Tarsem Singh :) It  could be the most magnificent Asian trailer I've ever seen in my life!


HARA KIRI TRAILER
Yet, another Asian film hitting theatres this July in USA is HARA-KIRI: DEATH OF A SAMURAI. From visionary auteur Takashi Miike 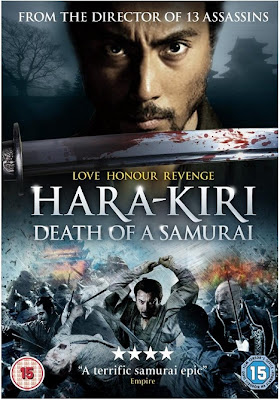 (13 ASSASSINS) comes the story of a mysterious samurai who arrives at the doorstep of his feudal lord, requesting an honorable death by ritual suicide in his courtyard. The lord threatens him with the brutal tale of Motome, a desperate young ronin who made a similar request with ulterior motives, only to meet a grisly end. Undaunted, the samurai begins to tell a story of his own, with an ending no one could see coming. With stunning cinematography and gripping performances, HARA-KIRI: DEATH OF A SAMURAI is a thrilling exploration of revenge, honor, and individuality in the face of oppressive power.
Posted by DEZMOND at 12:00 AM