Oh, do I have a great trailer for you today, my little freaks! It's the first clip for Dustin Hoffman's directorial debut QUARTET. This lovely comedy drama follows Cecily (Pauline Collins), Reggie (Tom Courtenay) and Wilfred (Billy Connolly) who are in a home for retired opera singers. Every year, on October 10, there is a concert to 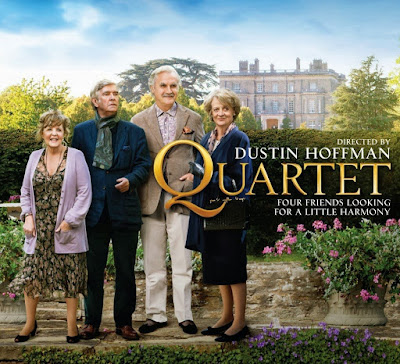 celebrate Verdi's birthday and they take part. Jean (Maggie Smith), who used to be married to Reggie, arrives at the home and disrupts their equilibrium. She still acts like a diva, but she refuses to sing. Still, the show must go on... and it does. This delightful drama with enchanting cast should appear in cinemas sometime later this year!
PS. if you're in USA and the trailer is blocked for you, try to check it out here: TRAILER

HOLLYWOOD SPY HEADLINES
You have already seen the first look of Idris Elba in long awaited sf epic PACIFIC RIM which is set to premiere in about a year, July 2013, but now "Entertainment Weekly" has released an amazing new photo showing Charlie Hunnam and Rinko Kikuchi in special rather 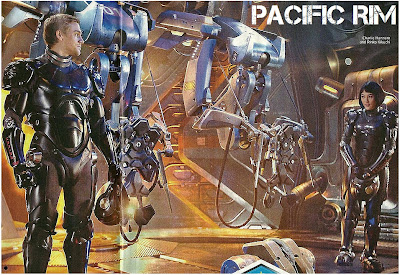 mindblowing armors. Directed by Guilermo del Toro, the film will see legions of monstrous alien creatures rising from the seas in order to attack Earth and the massive robots, called Jaegers, which are controlled simultaneously by two pilots whose minds are locked in a neural bridge and which are used to fight back the aliens.


COMPLIANCE TRAILER
The second trailer for today is for a film which won amazing reviews at Sundance Film Festival this year getting called superb, chillingly brilliant, gripping. 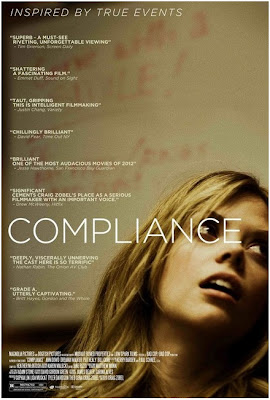 Based on a true story and hitting cinemas this August, COMPLIANCE follows Becky and Sandra who aren't the best of friends. Sandra is a middle-aged manager at a fast-food restaurant; Becky is a teenaged counter girl who really needs the job. One stressful day (too many customers and too little bacon), a police officer calls, accusing Becky of stealing money from a customer's purse, which she vehemently denies. Sandra, overwhelmed by her managerial responsibilities, complies with the officer's orders to detain Becky. This choice begins a nightmare that tragically blurs the lines between expedience and prudence, legality and reason.
Posted by DEZMOND at 12:00 AM