Just a few days ago I told you that Jessica Biel will play Viper next to Hugh Jackman in WOLVERINE, but now that deal is off and the
producer have hired Russian beauty and a Playboy star Svetlana Khodchenkova for the part. She has a number of Russian blockbusters behind her and the role of Irina in last year's TINKER, TAYLOR, SOLDIER, SPY. She should fit great in the role since, according to "MovieWeb", The Viper hails from an unknown Eastern European country. The character has a sorted history with the title character throughout the Marvel comics, a friendly ally at times, and a conniving enemy in other story lines. The story of the film, to be directed by James Mangold, will see WOLVERINE going to Japan to search for more clues about his true identity.


HOLLYWOOD SPY HEADLINES
Another actor to join sf epic NOAH, which will bring a dark version of the famous apocalyptical story, is Kevin Durand who will join Russell Crowe as Noah,
Douglas Booth and Logan Lerman as his sons, Jennifer Connelly as his wife, Anthony Hopkins as Methuselah. Kevin Durand will play a watcher, a massive giant who helps Noah and his family according to "Variety". Meanwhile, rising star Chris Hemsworth, whom you've seen in THOR, THE AVENGERS and in SNOWWHITE AND THE HUNTSMAN, has been offered the lead role in Steven Spielberg's ROBOPOCALYPSE. According to "Deadline" the story, based on a novel by Daniel H. Wilson, is set in the near future where a computer scientist programs an intelligence computer called Archos. The computer, which was designed to preserve life, becomes self aware and starts systematically destroying the human race after realizing we are the planets biggest threat. The story follows a group of survivor's who struggle to stay alive in the aftermath. 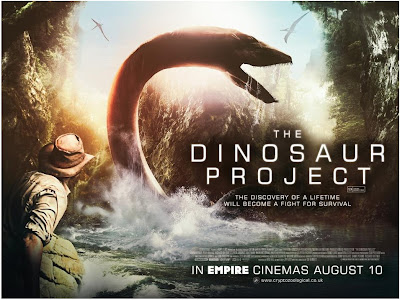 thriller will see Dillane and  Kane playing a father and son team of explorers, who head to the Congo seeking proof that dinosaurs still do exist.Once there, they will make an incredible discovery!
Posted by DEZMOND at 12:00 AM